So I missed putting out a February update, but only because I wound up getting more work done than I expected, and there were some final things I wanted to get in to make the game feel more complete rather than rushing out a build for no reason.

The goal for February was to add another boss fight into the game. Well, it turned out I was able to get 2 boss fights in - the slime and ice biome bosses! At that point, I felt it was worth taking the extra time to get them both fully ready for a single update. I also went ahead and moved the Oh-Fy-Fy boss fight into the fire biome instead of being at the center of the overworld map.  So now all biomes except the grass biome have a boss. I'm not sure if I'll add one or not for the grass biome since I've been treating that as an easier starter area. But we'll see!

Each boss has their own unique way of attacking to try and force the player to apply different methods of approaching the battles. I will likely still be tweaking them a bit, but they are in a good enough state that I can start getting feedback on them. 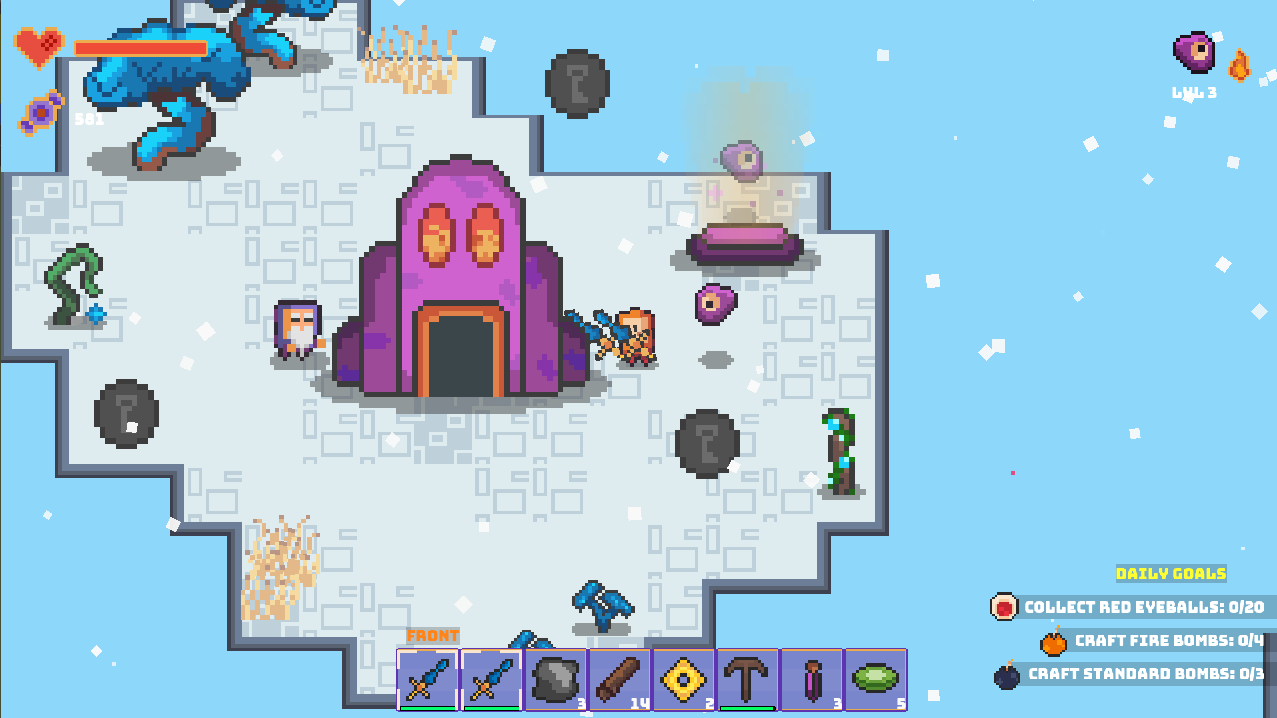 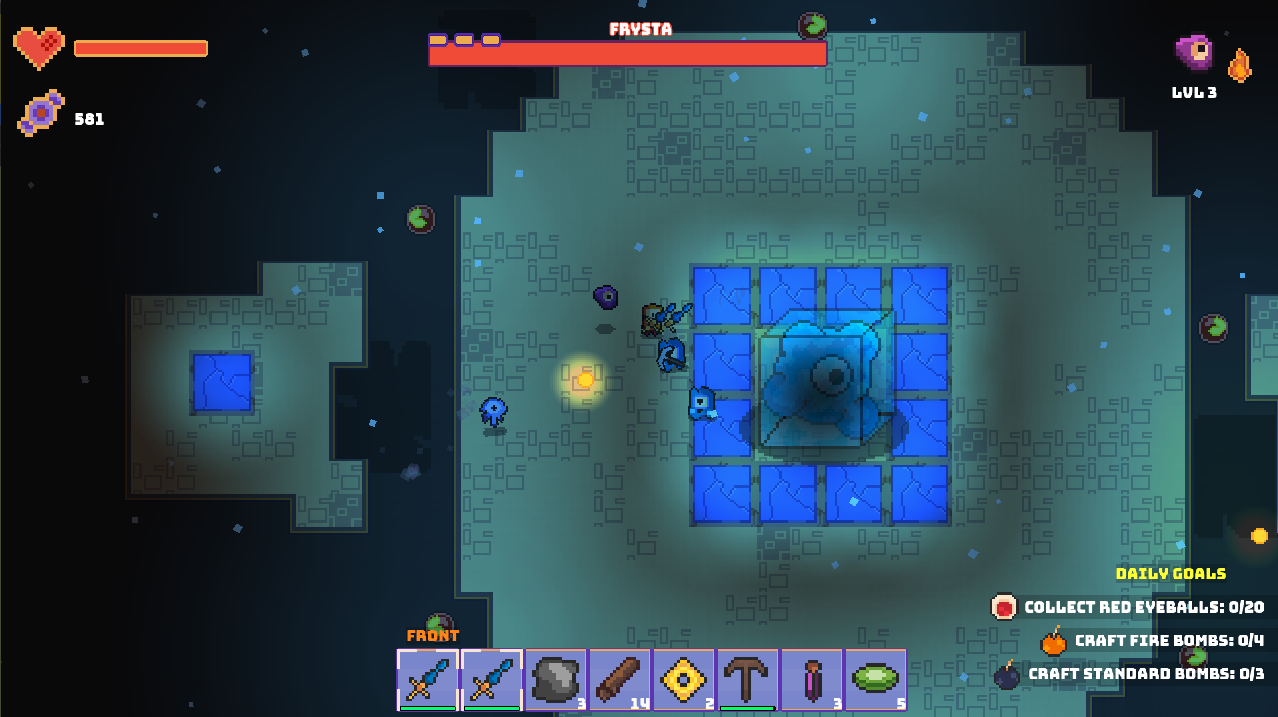 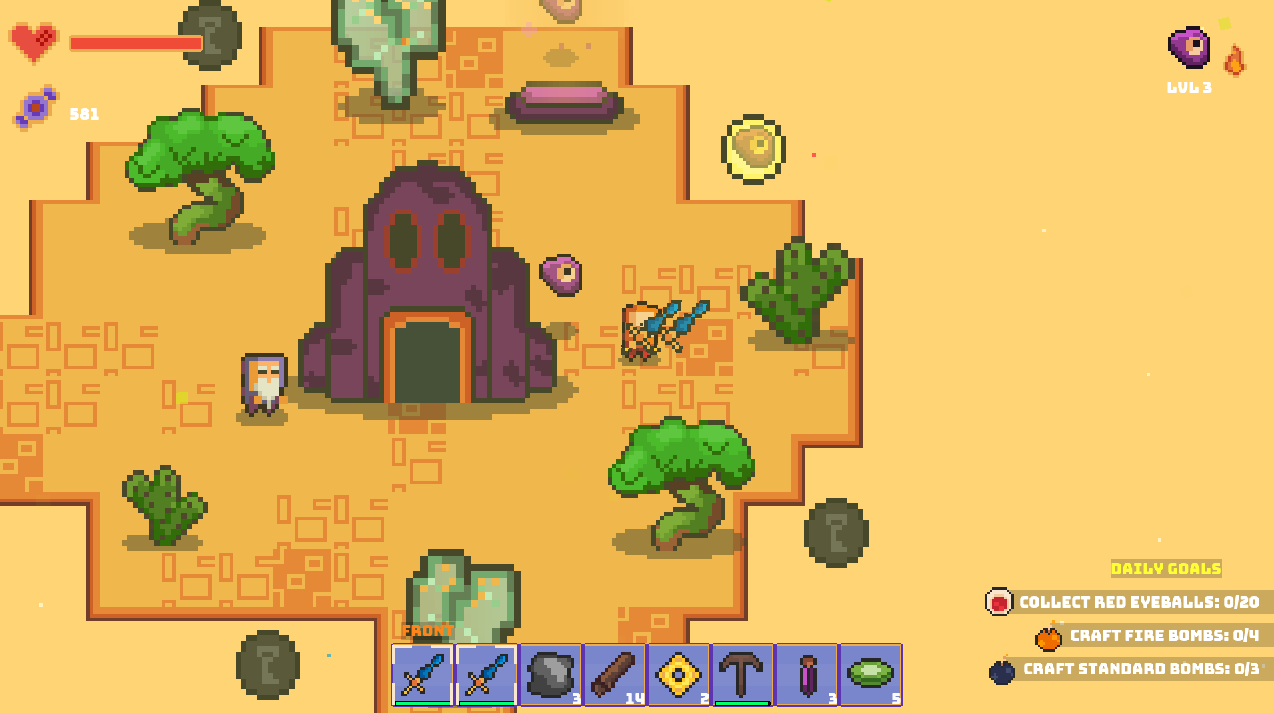 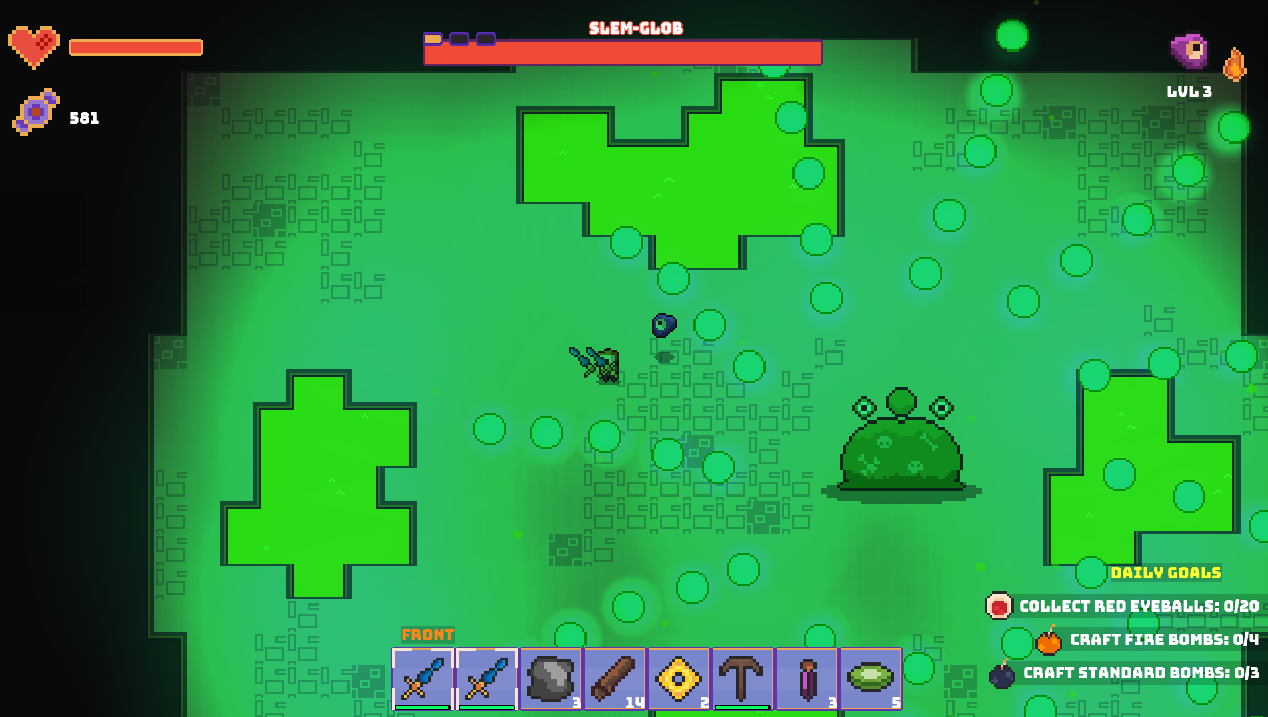 There are also some minor gameplay tweaks, and bug fixes included in this update. A nice quality of life change I made is now the full screen inventory UI will show you what type of buff you have active on an item, in addition to the icon that was already there. This helps me be a bit clearer with buffs behaving differently based on the item type. For instance, a fire buff on a hat behaves differently from a fire buff on a tunic. 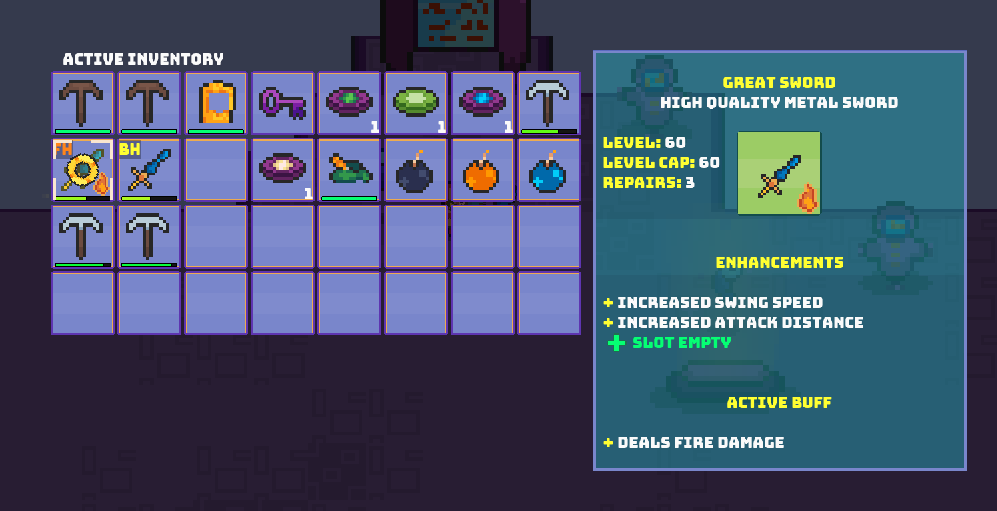 There's a lot of changes in this update, so be sure to delete your existing save files before playing this build. As always, if you run into any bugs please don't hesitate to reach out on Discord.